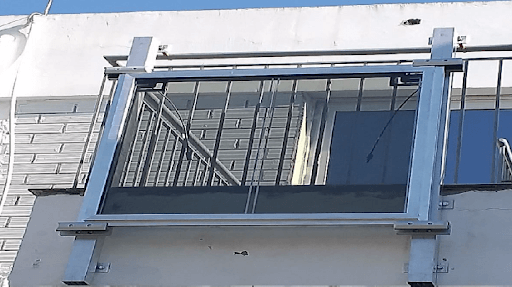 The need to invest in green technology is becoming more urgent in order to curve the impact of climate change in our everyday life. The aim is to abandon the traditional ways of production and transform our society and economy into sustainable ones for the future generations. To meet this ambitious target, the European Union included in the European Green Deal investments in green technologies and sustainable solutions. One of them is the higher penetration of Building Integrated Photovoltaic System – BIPVs.

BIPV technology refers to the capacity of the photovoltaic (PV) system to be used as a building component that produces energy. BIPV products are capable of fully replacing construction elements of the building envelope such as roofing, façade cladding and glazing surfaces as well as some architectural elements, for example balconies.

The consortium of Impact-BiPV project aims at the construction of buildings that will not only use green energy sources which are more environmentally friendly, but will also cover all their energy needs from them. This is a pioneering co-financed research project that started in May 2019 and involves  the design, development and implementation of a PV system integrated in a building using glass.

The project is in its third year of implementation and currently the technology is being tested at the pilot site that was selected. The selection of the building, which accommodates the ImpAct-BIPV prototypes, was made based on specific criteria. These criteria were the location, orientation of the building, the fact that it is under construction and additionally provides convenient monitoring control.

Following PV modules installation and electrical connection, proper measuring units were connected in order to collect data referring to temperature and the solar irradiance. The monitoring of the building performance parameters and assessment of final solutions will offer an improved version of the BIPV solution which the project aims to commercialize and have a wider application.

The Impact-BiPV project is being implemented by three partners namely, M.G.F.K ENERGY LTD, Deloitte – Innovation and Entrepreneurship Centre,  and the Research Unit of FOSS Research Centre for Sustainable Energy, University of Cyprus (UCY). The project co-financed by the European Regional Development Fund and the Republic of Cyprus through the Research and Innovation Foundation, aims to develop a complete PV system using glass that will fully comply with all building regulations and will be applied in commercial buildings.

For more information you may contact the project Coordinator Mr Fanos Karantonis on +357 22 311234 or visit the website  https://www.k-energy.com.cy/impact-bipv/

Stay tuned and get informed on all the latest news by following us on LinkedIn.

The Project ImpAct-BIPV ENTERPRISES/0618/0052 is co-financed by the European Regional Development Fund and the Republic of Cyprus through the Research and Innovation Foundation.